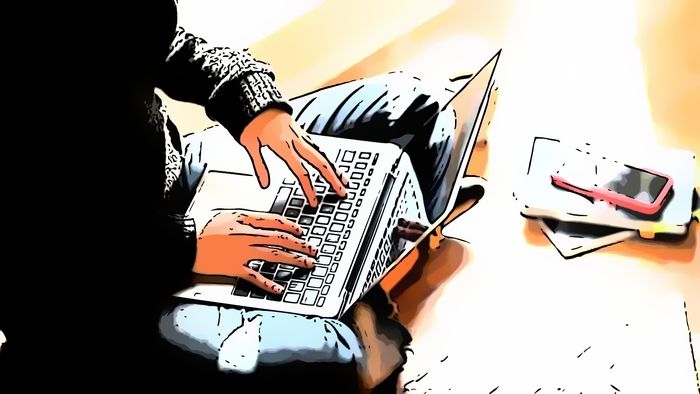 Side Hustle School uses the same headlines for its show notes pages as it uses for episode titles in the podcast app. The headlines are clear and descriptive. They include at least two of the following:

☑️ Who is involved (a father, graphic designer, college student)
☑️ How money was made (read tea leaves, design mittens, brew beers)
☑️ How much was earned ($4,000/month, $10k in profits)

Sometimes the title will include the specific tool or strategy used. 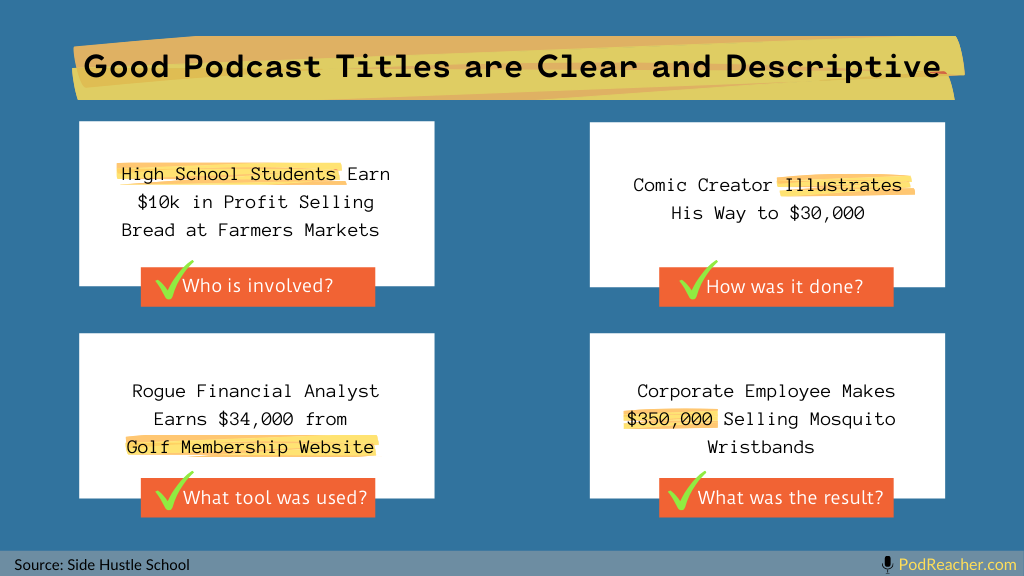 One way they keep things short is by avoiding “How To” at the beginning.

There’s no teasing. The Side Hustle School audience gets a pretty good idea of what they’ll get from the content just by glimpsing the title or headline — whether it’s in a podcast app or on the show notes page.

Before a reader gets to the meat of the show notes, Side Hustle School offers two unique features.

First, there’s a visual preview of the information below the subheading, “What It’s About.” It includes:

☑️ A one-sentence description of the side hustle featured in the episode
☑️ Categories for the information in the episode: business model, complexity, skills required, profit potential

Both of these features help the audience answer an important question: Is this something I could do?

Next up: “Words of Wisdom” — similar to the “Key Takeaways” section in other podcast show notes. In just a few short sentences, “Words of Wisdom,” shares the main insight that helped the person get their side hustle off the ground or take it to the next level.

Alongside “Words of Wisdom” is a “Fun Fact” section, which covers an interesting tidbit about the side-hustler or an aspect of their business.

Show notes that tell a story

“Notes From Chris” is where readers can get the information from the episode. In fact, calling these “notes” feels a bit misleading. In about 400 to 600 words, the audience gets a text version of the episode.

The text usually follows the audio version pretty closely, but with a few changes here and there. It’s not quite a transcript. The Side Hustle School team clearly puts a lot of effort into crafting a narrative that works well for text and audio.

Tools and other links referred to in the episode go in the “Mentioned in This Episode” section. Below that is “See Also,” which links to three previous episodes with related side hustles.

The show notes always end off with Chris’ trademark phrase — “Inspiration is good; inspiration combined with action is better. Now get back to work!” — as well as his signature. 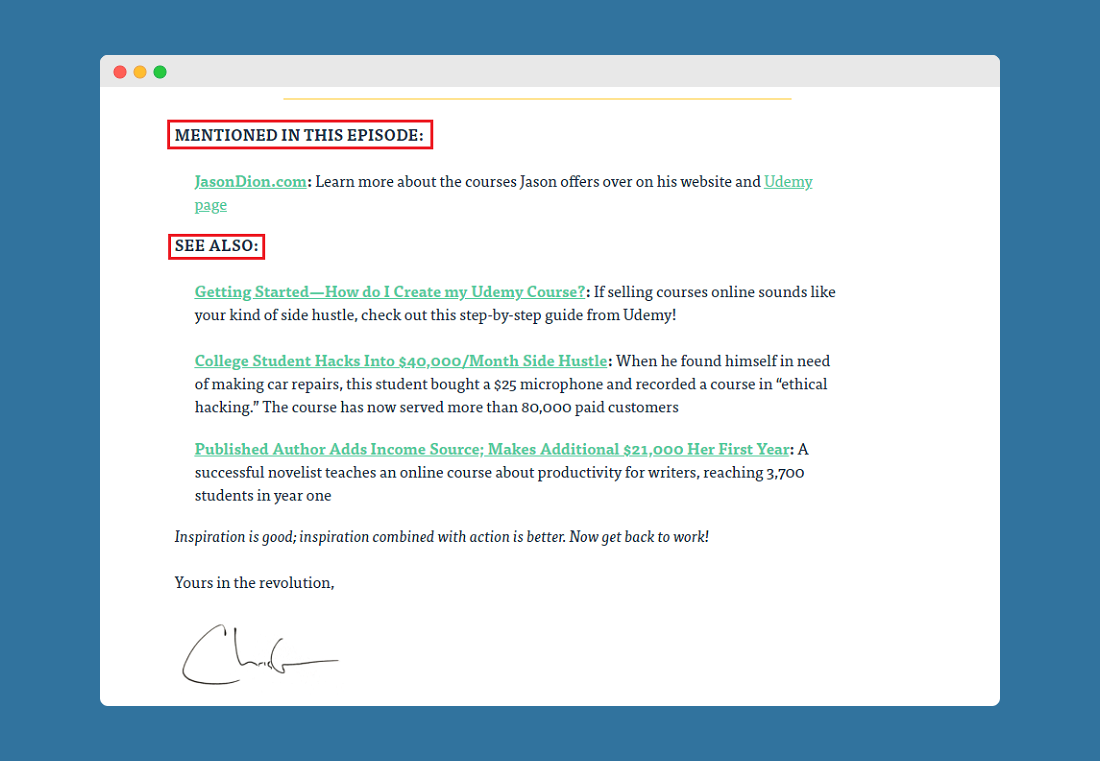 If you scroll down a little further, there’s a “Quote of the Day” from the person profiled in the episode.

Worth noting: You don’t actually hear their voice on the audio — it’s Chris sharing their story. Also worth noting: They keep podcast episode descriptions (displayed in podcast apps) to just a sentence or two. And it’s completely different from the show notes page content.

💡 It’s not just about downloads.
Aside from a subscribe button close to the top of the episode page — Side Hustle School pushes the audience to Chris’ social accounts and its newsletter.

💡 They use their own terminology and format.
The Side Hustle School team has thought about what would be most engaging and useful for listeners. They’ve come up with their own phrases rather than using “Key Takeaways” and some of the more conventional section names on a show notes page.

💡 An episode roundup FTW.
One of the highest-ranking SEO pages on the podcast’s website is its list of 48 side hustle ideas, which links to the show notes pages from all those previous episodes.

That’s all for today. If you found this valuable, share it on your preferred social channel or send it to another podcaster. Be sure to get on our email list to get future show notes inspiration.