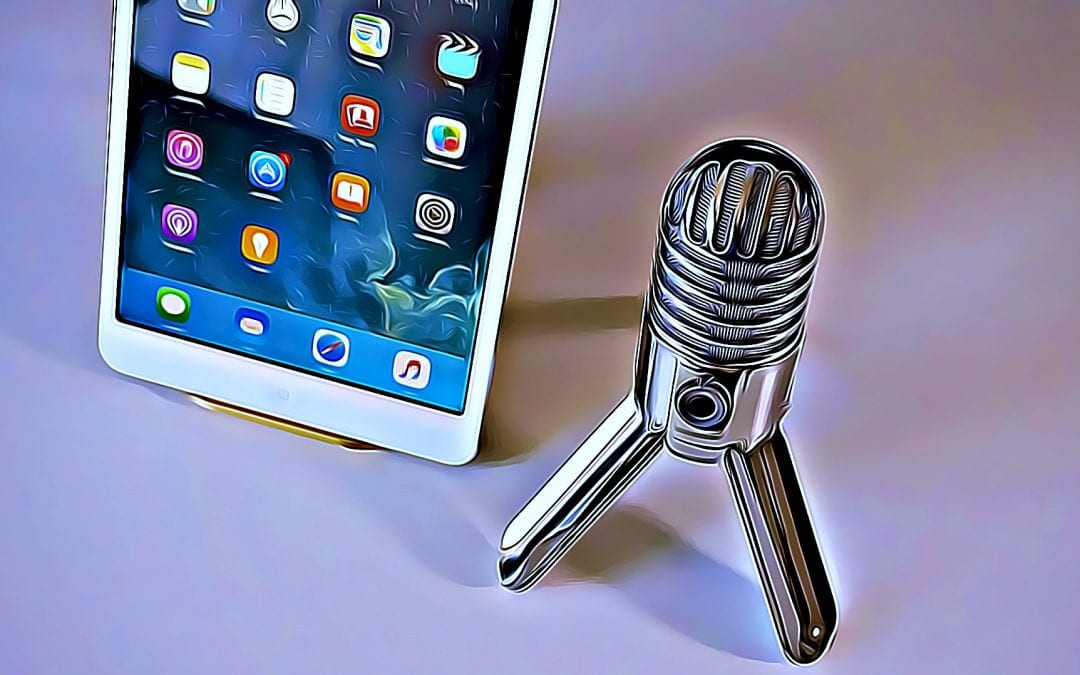 The first episode of The Business of Content—a podcast about how publishers create, distribute, and monetize digital content—debuted in January 2018.

Created by Simon Owens, a journalist and marketing consultant, the podcast features interviews with top executives and others making a splash in media. On one episode, Owens chats with Dan Misener, the head of audience development at Pacific Content, about how the iTunes podcast ranking work. Another show offers a deep-dive into Quartz Obsession, a daily email newsletter that sometimes sees open rates around 80 percent.

Growth was pretty slow at first even though Owens had a few thousand newsletter subscribers and a strong following on Medium (where he posts his podcasts).

“There’s no going viral for a podcast or anything like that,” he said. “Unless you’re a celebrity or some kind of media organization, you’re going to start really low.”

He got 11 downloads in his first week. After six weeks, he was up to 112 downloads. Owens appreciated that his download numbers were moving in a clear direction.

The “nice thing about a podcast is that the growth is a lot more linear” than it tends to be with a blog, he points out. Podcast listeners are loyal and the web can be a fickle place. “If I write an article that gets 5,000 hits and gets shared by a lot of people, I could easily publish an article next week that only gets like 500 hits,” he said.

In August, The Business of Content was up to 590 downloads for the month. Then, he saw a 24 percent increase between August and September—quite a jump from what he typically observed month to month.

In October, he got 1,200 downloads—up from 731 in September—and at 64 percent, his largest growth rate yet.

The Path To Accelerated Growth

It’s hard to pinpoint one thing that delivered the traction he’s seeing now, but Owens thinks that adding transcripts played a role.

Owens decided to add edited transcripts for each episode after a listener left a comment suggesting it. As an avid podcast listener and observer of the industry, he appreciated the SEO value of a transcript, but also knew that creating one could be time consuming. He’d been reluctant to build that into his workflow. But he realized not including transcripts was a missed opportunity.

“It turns out, a lot of people do like to actually— instead of downloading the podcast—just read the transcript,” he said. It’s also a more shareable piece of content since you can easily skim a transcript and see what it’s about.

In June he started creating edited transcripts for each episode. Until that point, Owens would simply distribute the audio through Libsyn and post it to YouTube. He’d embed the YouTube player on Medium and publish it along with a headline and some intro text. He’d then include a call to action to subscribe and include links for iTunes, Stitcher etc.

Some podcasts simply throw up a raw transcript, but Owens sees more value in using an edited version. “After 10 plus years of being a journalist and recording interviews and transcribing them for articles, the one thing I’ve learned is people don’t speak like they write,” he said.

For his transcripts, he acknowledged putting a significant amount of effort into smoothing the speech. “I’ll reword stuff—a lot of people will interrupt themselves mid-sentence or go on tangents and stuff like that,” he explained. “Obviously I try to keep it as close to what they actually said as possible. But I give it a once over to clean up the language with the idea that someone’s going to actually be reading this transcript. I try to make it a good user experience.”

Growth picked up from August—so the ROI, after starting with transcripts in June, was pretty quick. He’s also working on adding transcripts for past episodes.

Since adding transcripts, his podcast has also been linked to and mentioned in a handful of influential industry newsletters. It was blurbed twice in the daily email of Nieman Journalism Lab, which covers changes in news and journalism.

There’s no magic bullet with podcast audience growth, so other factors are definitely contributing to the increase in download numbers. For example, now that Owens has 30 episodes under his belt, new listeners have a substantial archive to engage with. Owens notes that for his monthly numbers—about half of the listens are for his latest episode, but the other 50 percent or so are distributed among past episodes.

Also, since it’s an interview show, guests will often share their appearance and since he’s getting some hefty media influencers, that’s a built-in marketing mechanism.

Owens background also gives him an advantage. “I know how to ask the right questions. I know this beat really well because it’s one I’ve been covering pretty obsessively for years. All those things help,” he said.